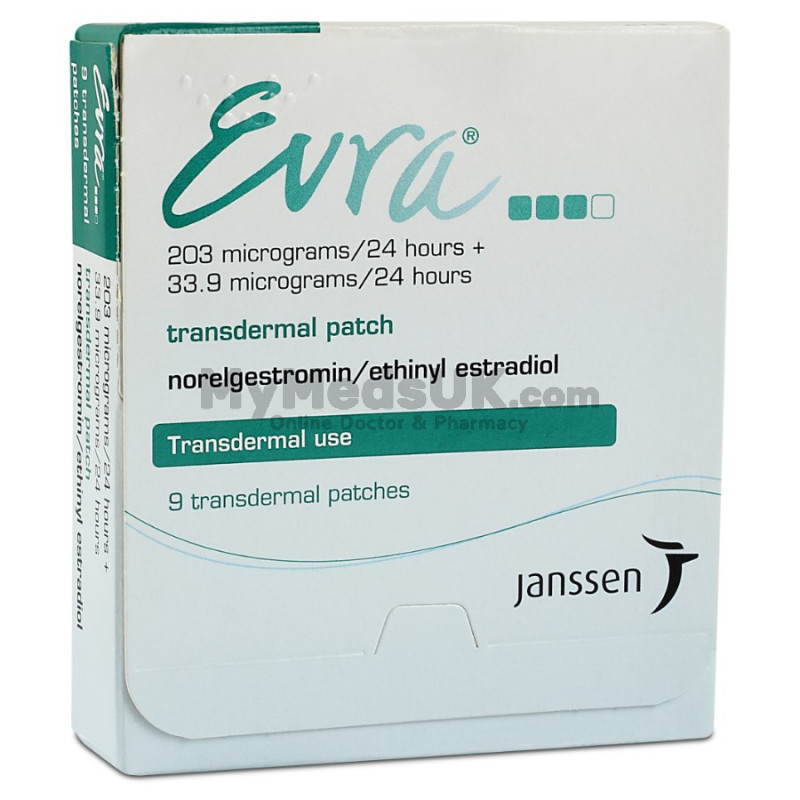 The Evra Patch is a contraceptive patch with the active ingredient ethinylestradiol (synthetic oestrogen) and norelgestromin (artificial progestogen). The patch can prevent pregnancy.

Evra is a contraceptive patch to prevent pregnancy. An easy to use patch that sticks to the skin and contains two artificial hormones (namely ethinylestradiol and norelgestromin), that are released through the skin pores to the bloodstream to prevent ovulation.

Ethinylestradiol and the synthetic progestogen called norelgestromin work together to modify the reproductive system to prevent pregnancy.

Progestogen thickens the cervical mucus so sperm cells cannot reach the womb. It also prevents thickening of the womb lining so the egg cell cannot attach and so will not be fertilised by the sperm cell. Oestrogen stops the ovaries from releasing mature egg cells because tricking the body that ovulation has taken place and no more eggs need to be released.